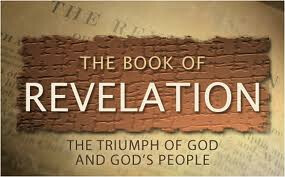 Introduction:  I have been intrigued by the relevance of the recent series in the Trending Now series and have decided to parallel this series as blog entries.  In the next few days I will upload seven entries dealing with the end times, specifically the book of Revelation.   It is important for the reader to keep in mind that the book of Revelation ought to be studied in conjunction with the other portions of Scripture that speak of the end times (including: Daniel, the O.T. Prophets, the Gospels, and the Epistles).  Think of this blog series as no more than a guide to further study!  Take special care to heed the words of Jesus concerning the end times as recorded in Matthew chapter 24.   In verse four Jesus exhorts us to, “Watch out that no one deceives you.  There will be many false prophets who will deceive many.”  Jesus makes the most definitive statement concerning the end times in verse 14-16, “And this gospel of the kingdom will be preached in the whole world as a testimony to all nations, and then the end will come.  And always remain faithful to Jesus’ point in verse 36, “But about that day or hour no one knows, not even the angels in heaven, nor the Son, but only the Father.”

While we credit the great Apostle John with writing the book of Revelation, Jesus makes it clear at the onsite that He is the author and the authority.  Jesus also encourages us to read Revelation, noting a blessing in verse 3 for those that read and take to heart was is written.   Jesus concludes His words of introduction with the statement, “because the time is near.”  This phrase has confused many because they interpret this to mean that the prophecy will happen soon – as in soon after its writing in the first century (~95AD).  In reality the phrase carries the connotation of certainty, of imminence, and of speed in the sense that when it happens it will happen suddenly.  Some of you will remember when Mount St. Helen exploded in a volcanic eruption in 1980.  Scientists warned that the volcano would erupt “soon” but many failed to take action.  When the eruption finally did occur, it happened so quickly and so forcefully that nobody in the area could respond.  It is in context that Jesus warns us to watch and be prepared – see also the parable of the seven virgins.

Interpretation.  Some people are confused when they read Revelation.  Is the book past history or future prophecy?  How do we interpret the symbolism?  Over the years, theologians have suggested various ways of approaching Revelation.  The Preterist, for example, assumes that the book is past (preterist = past) and that the majority of the book was fulfilled when the temple in Jerusalem was destroyed by Rome in 70 AD.  Others (Historicist or Idealist), assume that the book is to be read as an overview of the history of the church or as a non-literal depiction of good over evil.  I am convinced that Jesus provides the interpretative keys to Revelation in the first chapter, primarily in verses 19-20.  “Write, therefore, what you have seen, what is now, and what will take place later.”  This is Jesus speaking and he directs John write three things:  First, write what you have seen.  That is the visit by Jesus as recorded in chapter 1.  Secondly, write about what is now.  This refers to the seven letters to the seven churches existing in Asia Minor at the time of the vision (95 AD).  Two years ago, Pastor Kuhn shared a fascinating sermon series on those seven churches.  Third, Jesus directs John to write about what will take place later.  The future.

The book of Revelation is a series of visions and we need to keep track of where each vision is occurring within time and space.  The book is not a sequential timeline, but it does address actual events occurring to real people using prophetic (symbolic) language.  My study has led me to approach Revelation as a series of seven scenes or seven visions.   Others may well divide the book differently – which is fine.  This blog study will consider scene one to be comprised of chapters 2-3, the “what is now” portion of Revelation 1:19.

Scene 1 of 7:  “What is Now, seven churches.” (chapters 2-3)  Like any good teacher, Jesus provides us with interpretive practice in the historically verifiable chapters two and three.  A teacher would refer to this as guided practice.  Pastor Bill Kuhn provided us with an excellent series on the seven churches and I will summarize a few of his points here.

1) The church at Ephesus:  “Forsaken their first love.”  Ephesus was the most important city in Asia Minor.  With a population of ~300,000, it was home to the Roman governor, a huge theater, and a thriving harbor.  Ephesus was also at the junction of four important Roman roads, making it the market place of Asia.  Ephesus was also famous as the center of the worship of the goddess Artemis.  The temple of Artemis was visible from miles away (see Acts 19:24-30).  Each spring a month-long festival was held in honor of Artemis, featuring priests, prostitutes, and people.  Think first century Las Vegas.  Ephesus was commended for toiling and preserving, for testing those who claimed to be apostles, and for hating the Nicolaitans* (those bring immorality and wickedness into the church).  *The heresy that God’s grace freed them to partake in sin.  Unfortunately Jesus decrees that this church has lost their first love.  The church goes through the motions but has lost their love for God.  Jesus commands them to repent from their error and return to Jesus.  The message we are left with is this:  “To the one who is victorious, I will give the right to eat from the tree of life (which is heaven).”

2) The church at Smyrna:  “Suffering, yet enduring.”  Smyrna was an ancient port city rebuilt by Alexander the Great in 290 BC and then destroyed by an earthquake in the second century.  In the first century it was a loyal Roman city with a temple dedicated to Emperor Tiberius and later Emperor Domitian of Rome in 96 AD.  The Christian church in Smyrna refuses to participate in Emperor worship and are therefore “punished” financial.  To make matters worse, the Jewish inhabitants there gave Christ-Followers a bad name, calling them cannibals and disloyal to Rome.  Jesus commends them for enduring in spite of their suffering.  Jesus encourages them to preserve and remain faithful – and you will be rewarded!

3) The church at Pergamum:  “Worldly and tolerant of evil.”  Pergamum, located 100 miles north of Ephesus, was both worldly and loyal to Rome.  Known for its large theater (right), library, and defensible hilltop temple (left) to Askleopios (the snake-like god of medicine).  Pergamum became the center of Emperor worship and the Christian church was in danger every day.  The government of Pergamum was granted “the authority of the sword”, by Rome, meaning that could put criminals to death.  Many Christians died for refusing to worship the Greek & Roman gods.  Jesus reminds them that it is He that has the double-edged sword.  He commends this congregation for remaining true to My Name even when it personally cost you.  Yet Jesus also chides them for tolerating worldliness, idolatry, and immorality.  He commands this church to repent from sin and to not tolerate evil.

4) The church at Thyatira:  “Wrong Doctrine and wrong beliefs.”  Thyatira was the northernmost of the seven churches, connected by the Roman road to the other churches.  Thyatira was in a flat basin between the Caicus and Hermus rivers.  Thyatira was known for its guilds (labor unions) and for its production of dyed wool and linen.  The guilds required that ALL members participate in Roman worship practices.  If one refused they would be banished from the guild and face economic ruin.  The guilds controlled finances and religious festivals.  The guilds practice all manner of immorality & idolatry during their festivals.  The problem in Thyatira was more internal than external.  They tolerated sin in order to remain loyal to the world.  They tolerated erroneous teachings (Jezebel), Idol worship, and sexual immorality.

5) The church at Sardis:  “Spiritually dead but materially wealthy.”  Sardis was known as a very wealthy city.  Archaelogists have found many silver and gold coins in addition to crucibles used to refine these precious metals.  Sardis was also a center for wool production including the dying of wool.  Sardis was located on and around a series of defensible hills, some 1,500 feet above the river below.  Jesus notes that a few individuals in Sardis that are doing OK, but he has few positive words for this congregation.  They are spiritual dead.  They are commanded to wake up or else.

6) The church at Philadelphia: “Spiritually alive but materially poor.”  Philadelphia was a beautiful city with mountains in the background.  It was also earthquake prone and construction required huge pillars to withstand the shocks.  In spite of being a smaller city and a small church, this church is strong and has persevered.  The church at Philadelphia did received harassment from the Jewish congregants – much like the church in Smyrna.  Jesus provides them with substantial commendations and almost no negatives.  Because they persevere, Jesus has promised to protect them from further testing (hardship).  Jesus indicates that this congregation, though small, had a little strength, and were obedient and loyal.  They have NOT denied Jesus.  They are encouraged to hold fast to what they still have.

7) The church at Laodicea:  Complacent or Lukewarm.  Laodicea is about 100 miles east of Ephesus, situated between Hierapolis and Colossae.  Center of banking and commerce, major east-west and north-south routes.  While defensible, Laodicea had one vulnerability – its lack of a water supply.  Rome constructed aquaducts that transported water from nearby Hierapolis and Colossae.  Hierapolis was known for its medicinal hot springs while Colossae had wonderful cold water.  Unfortunately, both became lukewarm by the time they reached Laodicea.  Thus Jesus words to this church would have been immediately understood.  The lukewarm water tasted terrible, it was repulsive to its people.  I wish you were Spiritual hot – alive and vibrant.  I wish you were cold, Spiritual dead.  Instead, the church of Laodicea was complacent – attempting to worship both God and Evil.  Jesus rebuked them for thinking that their riches and self-sufficiency made them good before God.  From God’s perspective, this church was wretched, miserable, poor, blind, and naked.

There are two primary lessons that we learn from the seven churches:

The first message is for the Church Universal – of all ages.  The Church is to:  a) Remain faithful to Christ, b) Persevere in the Faith, c) Repent from and flee sin, d) Be in the world/culture but do not act worldly, e) Test all teachings and doctrine, f) Be Spiritual alive, and g) Beware of complacency.