Tackling A Loss: How do cope with loss of a loved one.

Tackling a Loss:  How to cope with the aftermath of losing a loved one. 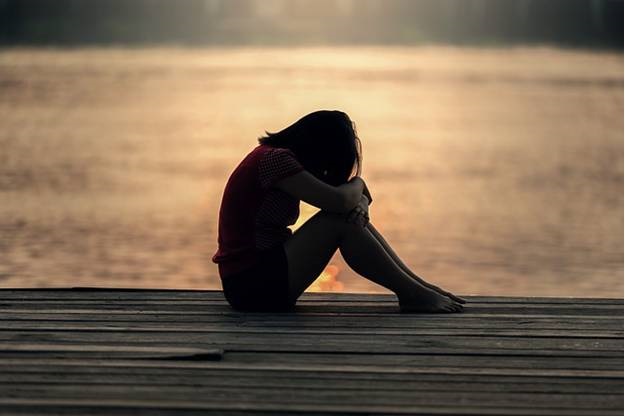 (Photo via Pixabay by Sasint)

Losing a loved one can have a profound effect on an individual, from the physical to the emotional. It can wring us out and leave us feeling like a shell of our former selves, bringing with it a loss of sleep, feelings of anxiety and depression, and/or grief that lasts for months or even years. When you’re faced with a loss, it’s important to manage your grief in a way that’s healthy, because there are many difficult things that can come afterward. For instance, you may need to clean out your loved one’s house or plan a memorial service, and these tasks can be very emotionally taxing.

Fortunately, there are several ways you can get through this difficult time without sacrificing your mental health. There are professional grief counseling services that can help you along the way, or you can look for support from your friends and loved ones. You can also find healthy ways to cope with your loss, such as remembering them in a positive way by putting together a scrapbook of their life and accomplishments.

Keep reading for some helpful tips on how to handle losing a loved one and how to cope with the aftermath.

Death can come at us swiftly; even when a loved one is ill for some time before they pass, the loss of them can make you feel like the floor has dropped from under you. When this happens, it’s easy to become overwhelmed and scattered, especially if you’re the one making preparations for their final wishes and services. Getting organized can help you feel more in control. You might start by making a list of the tasks you want to complete and speaking with family members who might be able to help. Assigning jobs will help take some of the weight off your shoulders and will allow you to focus on remembering your loved one in the way you want.

When faced with tasks such as cleaning out your loved one’s home or going through their belongings to decide what to keep, what to donate, and what to give to family members, you might feel your grief bubble up and make it difficult to concentrate. Consider seeking assistance from an online bereavement program that will help you manage your grief while you take care of the important tasks on your list.

When it comes to deciding what goes and what stays, be sure to get some feedback from family members and take into consideration what your loved one wanted, especially if they left a will behind. Things that might have sentimental value--such as jewelry, photos, and certain items of clothing--should be put aside, while practical items such as kitchen appliances can probably be donated.

Self-care can involve any number of things, from getting daily exercise to making sure you get good rest. Many people who are going through the grieving process find that it’s hard to sleep well, especially in the first few months, so it’s important to do everything you can to relax at night. Invest in comfortable bedding, get daily exercise, make sure your diet doesn’t contain an excess of sugar or caffeine, and consider journaling as a way to release emotions that can keep you up at night.

Facing the loss of a loved one--and everything that comes after--can be overwhelming in many ways. Don’t be afraid to reach out and ask for help from friends, loved ones, and other support systems, especially if you’re finding it hard to get through daily tasks. With a little assistance and some time, you will get through this difficult loss.

Posted by Lucille Rosetti with
September 22, 2017
in Revelation

Scene 7.  Chapters 21-22, the eternal state.   In the seventh and final scene, John is provided a glimpse of our ultimate destiny and our eternal home.  John refers to God’s new creation as the New Heaven and the New Earth because the current heaven and earth have passed away (verse 1).  In John’s vision he describes this new Jerusalem as coming down out of heaven, prepared as a bride beautifully dressed for her husband (verse 2).  Jesus illustrates the Church as the bride and Himself as the Groom throughout the Gospels.  In verse three God speaks and He makes clear what John has just witnessed:  “Now the dwelling of God is with men, and He will live with them.  They will be His people, and God Himself will be with them and be their God.”

We are provided with a few details about the eternal state in four.  There will be no sorrow, pain, nor suffering.  There will be no more death or mourning, for the old order of things has passed away.  The horrible effective of sin and satan have been cleansed away for God has made everything new.  God turns to John and directs him to “write this down,” for these words are trustworthy and true.  In verses 6-8 John directly quotes God’s words:

“It is done.  I am the Alpha and the Omega, the Beginning and the End.  To him who is thirsty I will give to drink without cost from the spring of the water of life.  He who overcomes will inherit all this, and I will be his God and he will be my son.  But the cowardly, the unbelieving, the vile, the murders, the sexually immoral, those who practice magic arts, the idolaters, and all liars – their place will be in the fiery lake of burning sulfur.  This is the second death.”

The first death is physical death and we humans are fearful of dying.  Yet it is the second death, spiritual death, that ought to be our primary concern.  I can imagine that John was shaking at this point.  He was face to face with God and was directed to record God’s very Words.  These words bring us great hope because we know how the story ends.  As bad as things get on earth, we know our destiny!

But John is not given much time to reflect on God’s Words, as one of the seven bowl angels now addresses him saying, “Come, I will show you the bride, the wife of the Lamb.”  The angel returns John to the vision of new Jerusalem coming out of heaven.  John does his best to record what he is seeing.  This new Jerusalem shone with the glory of God and its brilliance was like that of a very precious jewel, like jasper, clear as crystal.  I imagine this brilliance to be like that of a diamond glimmering in the sun.  John continues by describing the structure of new Jerusalem as a huge cube 12,000 stadia (1,400 miles) on each side.  The city had high exterior walls with twelve gates (three at each compass direction) and an angel stood at each gate.  Each gate was labeled with the name of one of the twelve tribes of Israel.  The wall of the city had twelve beautiful foundations, and on each of them were the names of the twelve apostles of the Lamb.  (Note:  this vision is quite similar to John’s vision of the heavenly throne room in chapter 4.  This leads support to the understanding that the 24 Elders in chapter 4 is a reference to the 12 apostles and the 12 tribes of Israel.)

In the final paragraph of chapter 21 John explains that there was no temple, no special location to worship God.   Rather, God the Father and God the Son are present and can be worshiped directly.  Furthermore, there is no need for the sun or moon because the glory of God provides eternal light.  The nations and peoples of creation will walk in the light of God and in harmony.  There will never be a need to close the gates because there is neither night time nor evil evaders.  The only people abiding in new Jerusalem are those whose names are written in the Lamb’s book of life (verse 27).

In chapter 22 the angel takes John on a tour inside a portion of new Jerusalem.   John describes the river of the water of life flowing from the throne of God and of the Lamb down the middle of the great street of the city.  On each side of the river stood the tree of life, bearing twelve crops of fruit on a monthly basis.  The leaves of this tree are used for healing of the peoples of the nations.  The curse of sin is gone!  We will see God face to face and the name of God will be on our foreheads.  We will reign with God eternally.  The angel concludes this brief tour with the statement, “These words are trustworthy and true.  The Lord, the God of the spirits and the prophets, sent his angel to show his servants the things that must soon take place.”

Jesus is coming and when He does it will happen quickly, like a thief in the night.  In verse 16 Jesus Himself states that He sent the angel to provide this testimony for the churches.  The message of the book of Revelation is so important that God took steps to ensure that the message is not changed.  A strong warning is given in verse 18: “If anyone adds anything to them, God will add to him the plagues described in this book.  And if any takes words away from this boo of prophecy, God will take away from him his share in the tree of life and in the holy city, which are described in this book.”

This concludes our introduction to the book of Revelation.  I encourage the reader to turn now to the book of Daniel and Matthew 24.  Such passages weave details and depth into our understanding of Revelation.  Continue to study eschatology in breadth as well as depth – do not lose sight of the forest for individual trees.

What are the big ideas that we can take away from Revelation?  How could we summarize the book to a friend, colleague, or family member?  I think one can develop three themes:

First, and most importantly, God is in control.  He has told us in advance how the story of humanity unfolds.  We know how the story ends!  We do not need to fear society, culture, or even death as long as we are in the hands of God.  Our eternal home is under construction and it is awesome!

Secondly, evil will be punished.  Those who sin and violated God’s commandments will account.  The judgment of God is both just and certain, it is also harsh.  Our role is to share the Gospel message and follow the great commandments.

Third, a terrible time of tribulation will occur.  Two-thirds of the book of Revelation speaks to this brief time period and we are to be prepared.  We are to understand that satan will employ an anti-trinity to deceive many during this time.

The key verse to interpreting Revelation is verse 19 of chapter 1.  It is also helpful to remember the seven scenes:

Scene one:  The seven churches.